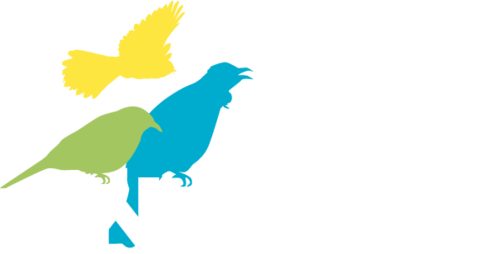 Discussion about the tensions between censorship, and harm online. The right to be offended, the right to seek redress and the fact that being free to say something doesn’t mean you’re free from non-governmental reaction.

Charlotte Graham - Journalist and broadcaster from Wellington. She writes for the New York Times, and previously worked in the Times' Hong Kong newsroom. Charlotte has been a presenter, producer, editor and reporter for Radio New Zealand over more than a decade. She has a Masters degree in journalism.

Jillian York - Director for International Freedom of Expression, Electronic Frontier Foundation (EFF). A writer and activist focused on the intersection of technology and policy. Based in Berlin, she currently serves as the Director for International Freedom of Expression at the Electronic Frontier Foundation, where she works on free expression, privacy, and digital security. Jillian is a fellow at the Center for Internet and Human Rights at the European University Viadrina and a member of the Deep Lab collective. She serves on the IFEX Council, the steering committee of the Web We Want, and on the Advisory Boards of SMEX, R-Shief, and the Engine Room.

Vanisa Dhiru - President of the National Council of Women New Zealand (NCWNZ). NZ born Indian Vanisa Dhiru lead the organisation founded by Kate Sheppard. NCWNZ is an umbrella group, leading the new Gender Equal NZ campaign. During her recently working career, she has been in CEO level roles in the NGO sector, including CEO of Volunteering New Zealand, Executive Director of the 2020 Trust and interim General Manager of the YWCA Aotearoa NZ.

Jon Duffy - Head of Trust and Safety, TradeMe. Jon is the Head of Trust & Safety at Trade Me, New Zealand's largest online marketplace. His team is responsible for regulating the activities of the 3.5m active Trade Me memberships to make sure members are kept free from harm and maintain their trust in the platform. There are a number of weird and wonderful things that come across Jon's desk on a daily basis; from romance scams to members selling human body parts, advocating for technology neutral legislation and assisting police to investigate crime, there is rarely a dull moment. Prior to Trade Me Jon worked for the Commerce Commission as a Senior Investigator before running the Complaints & Investigations team at the Real Estate Agents Authority. Jon is the Deputy Chair of Netsafe, sits on the Consumer New Zealand and CERT NZ Establishment Advisory Boards.

John Edwards - Privacy Commissioner, Office of the Privacy Commissioner. John was appointed to the position of Privacy Commissioner of New Zealand in February 2014 after a more than 20 year career practicing law. He has degrees in law (LLB) and public policy (MPP) from Victoria University of Wellington and has advised and represented a wide range of clients from the public and private sector. He chaired the New Zealand Law Society Privacy and Human Rights Committee, and was Contributing Editor of Brookers Human Rights Law and Practice, and has published widely on human rights and privacy matters. In addition to a practice specialty in the field of information and privacy law, he held warrants as a district inspector for mental health, and as district inspector for intellectual disability services and has provided legal services to the Kingdom of Tonga.

In October 2014 John was elected as Chair of the Executive Committee of the International Conference of Data Protection and Privacy Commissioners and has just completed his 3 year term.

If you want to receive updates about NetHui you can subscribe to InternetNZ’s monthly newsletter dotNews.

NetHui wouldn’t be possible without the generous support of a large number of sponsors and community supporters. If you would like to sponsor NetHui 2017 please take a look at our sponsorship prospectus, or contact Yvonne@internetnz.net.nz